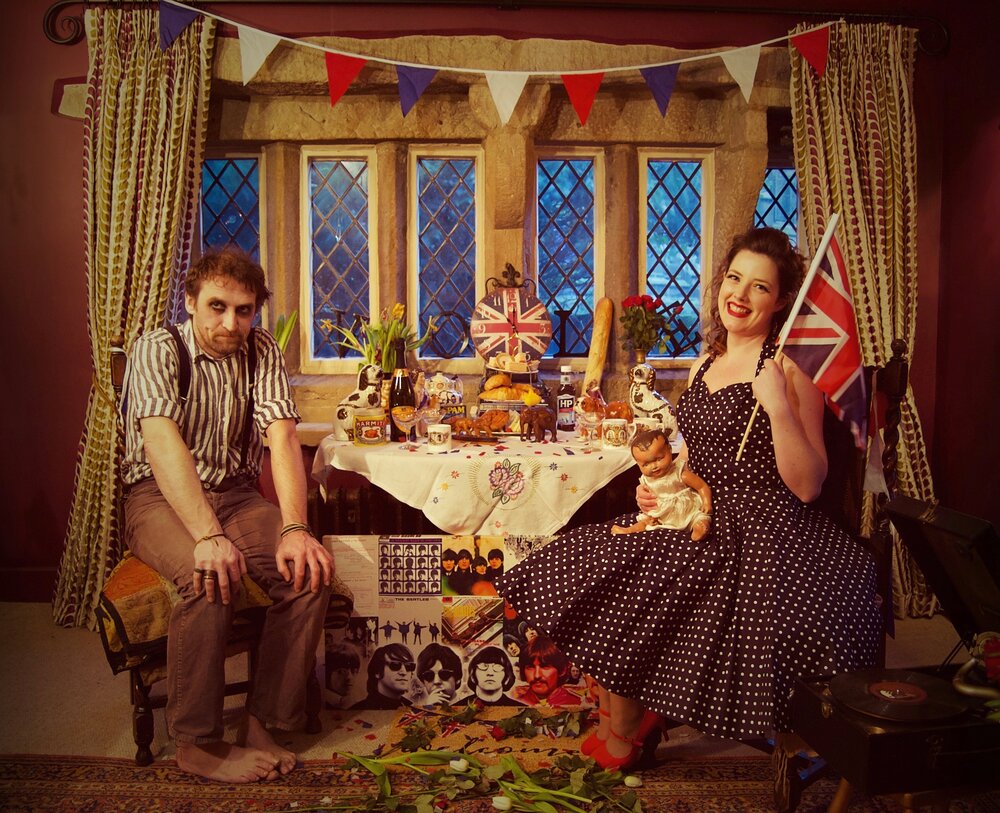 Formed in 2018 after meeting on a Scottish Opera articulated lorry converted into a miniature pop-up theatre, They released their debut single ‘Let’s Move To London’ in 2019 and were invited by the mayor of Todmorden to perform at a charity fundraising Gala concert for ‘Music For The Many’.

Following the release of their debut single, 2019 was a busy year, with summer performances at Heptonstall festival and hebden bridge arts festival. Christmas 2019 saw Beware of trains perform to a packed bradford cathedral at ‘A Kitmas Concert’, raising funds for allerton cat rescue and at Lumb Bank (the house of Ted Hughes) for The Arvon Foundation writers retreat.

“A combination of Opera, The Divine Comedy and John Shuttleworth”.
– Heptonstall VFest 2020

“chamber pop and music hall for hopeless romantics…shimmering strings, heavenly harmonies and a dollop of Disney on the side.” – Beware of trains