Cafe Economique – The Economics of the Global Pharmaceutical Industry : Regulation and Innovation 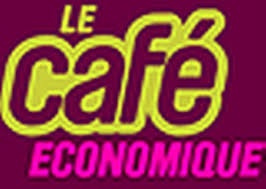 “The Economics of the Global Pharmaceutical Industry: Regulation and Innovation” – Dr Jon Silcock, University of Bradford

Medicines are the most common evidence-based intervention to treat disease. In the developed world, spending on health services and medicines is growing rapidly as populations age and public expectations grow. Countries without an innovative R&D based pharmaceutical industry simply want effective medicines to be as cheap as possible.

Countries with an active innovative pharmaceutical industry want to both control domestic health costs and encourage global trade. High levels of regulation mean that the path from drug discovery to clinical market is long and uncertain. Approved drugs are heavily marketed to drive profits demanded by investors and to recoup R&D costs.

This talk will explore: how medicines and their makers are currently regulated; what kind of pharmaceutical industry the UK needs or wants; and the trade-offs you are willing to make when maximising welfare.

Jon graduated with a BPharm from the University of Bradford, which included training in hospital and industry. He then worked in community pharmacy before completing an MSc in Health Economics at York. He worked as a research assistant in health economics at the University of Aberdeen, and then returned to Bradford School of Pharmacy as Boots teacher practitioner.

His next role was as research practitioner at Leeds Teaching Hospitals and the University of Leeds. He managed pharmacy practice research in the hospital pharmacy department and became a member (later chair) of an NHS Research Ethics Committee. After moving to a fully academic post at Leeds, he completed a PG Cert in higher education and his PhD about heart failure self-management.

Jon re-joined Bradford School of Pharmacy in October 2009 as Senior Lecturer in Pharmacy Practice. Jon co-ordinates the School of Pharmacy’s strategy for student capability (key skills), work based learning, employer engagement and alumni relations. He is involved in teaching and research concerning evidence based practice and public health.

The aim of Cafe Economique is to provide education for interested members of the public about current economic topics and possible actions so that our economic system works and benefits all in an equitable, democratic and transparent way.