Cafe Psychologique – Democracy: in the eye of the beholder? 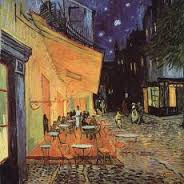 It seems Britons can’t agree what democracy is. The debate about the drawbacks of our democratic system are as old as it is. We even had a half-hearted stab at thinking about whether alternative voting systemwould be more fitting in 2011. However, there now seems to be a significant challenge to the nature of our representational model. Currently MPs are being held up either as the last democratic bastion against charismatic executive leadership (often depicted as dictatorial or fascist) or else as thwarting the democratically expressed ‘will of the people’ (often depicted as a liberal elite). In popular exchange at least, the position taken seems to hinge less on a thoughtful understanding of governmental, legislative and constitutional processes, and more on whose side is in favour of your preferred outcome to Brexit.

So the current debate about Brexit exposes not just deep rooted differences in views about Europe, but about our collective understanding of how we wish to be governed and what we think democracy is. It’s also easy to forget that what we commonly believe democracy to be is only one of more than 57 varieities globally. It also throws into question our relationship to the whole social order. Why can children not vote when pretty much all the arguments deployed against lowering the age of voting are identical to the arguments deployed against extending the vote to women, slaves and tenants? Do we really want a direct say in everything that affects us individually and collectively? And why does having a particular parent mean you can decide whether to close parliament or not?

Chat and think over a drink. Café Psychologique builds on the idea of the Café Scientifique movement and other Café such as Café Philosophique.