Calder – A short film by Geoff Brokate and Paula Sutherland 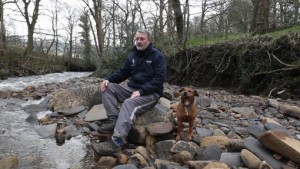 Geoff Brokate and Paula Sutherland were commissioned by Mytholmroyd Arts Festival in 2015 to make a film about the village of Mytholmroyd in West Yorkshire. Little did they know that their initial ideas for a film would be overtaken by the dramatic events of Boxing Day, 2015.

Unearthing surprising stories of a community coming together in adversity, Calder documents the transformative impact of the flood and the personal challenges faced by individuals attempting to make positive changes in its aftermath.

This first full screening of Calder in Leeds will be followed by a discussion with the filmmakers and their approach to testimony in the aftermath of such a devastating event.

Calder is a poignant film and the opportunity to meet the filmmakers is not to be missed.