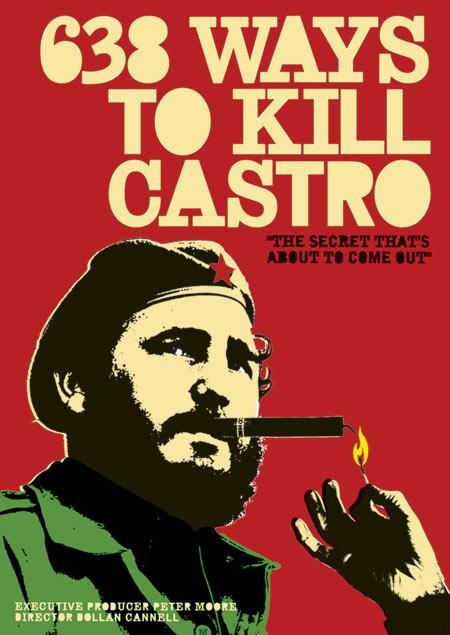 Ever since Fidel Castro overthrew the regime of Cuban dictator Fulgencio Batista in 1959 and installed a Communist government on the tiny island nation, the bearded leader has seemingly taken pleasure in being a thorn in the side of the United States government, especially during the Cold War era when American intelligence was furious at the notion of a nation allied with the Soviet Union existing a mere 90 miles off the coast of Florida.

On more than a few occasions, the Central Intelligence Agency has looked into the idea of getting rid of Castro, and filmmaker Dollan Cannell examines some of the many documented CIA plots to assassinate the leader in the documentary 638 Ways To Kill Castro.

Along with detailing many of C.I.A.’s documented schemes to end Castro’s life (ranging from exploding cigars to literally poisoned pens), the film features interviews with intelligence operatives who claim to be party to past assassination plots, thoughts from figures in America’s Cuban exile community who openly support the notion of killing Castro (including a U.S. Congresswoman), and Cuba’s lingering impact on American politics.

Produced for British television, 638 Ways To Kill Castro enjoyed a theatrical release in the United States, and was screened in competition at the 2007 South by Southwest Film Festival.