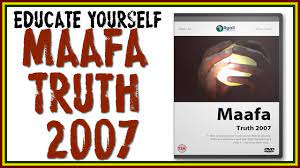 This film was launched as a community resource during 2007 when the British government were promoting an inaccurate revisionist version of the 1807 Abolition of the ‘Slave Trade’ Act. Many were determined to ensure that Truth prevailed and fought back against the £20 million spent on state propaganda.

With contributions from community activists, project workers, teachers, historians and the business community, this documentary confronts the myths about British slavery, presents the true history of the Maafa and African resistance and examines the politics of the government’s bicentenary celebrations.

This screening is organised by TheLeedsBlackFilm Club to honour Menilik Shabazz, black British film producer who passed away earlier this year.