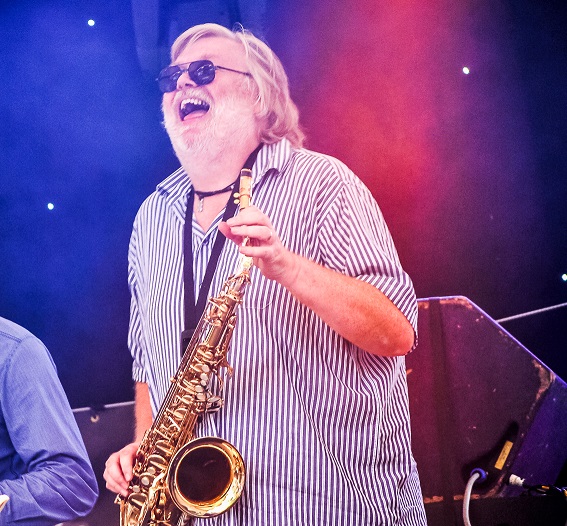 Rod Mason started playing the saxophone aged 12 during his 2nd year at secondary school. At University he formed with others the Northern Jazz Orchestra which played throughout the North at festivals and other venues, Rod was the M.D. for 2 years. He also had a small band playing has original compositions.

His influences are people like Michael Brecker, Kenny Garrett, Jan Garbarek and Lars Moller. Rod also tends to be influenced by guitarists, the main men being John McLaughlin, John Scofield and Bill Frisell. Rod has played with many of the country’s main jazz stars including Alan Skidmore, Peter King, Don Weller, Art Themen, Guy Barker, Gerard Presencer, Steve Waterman, Jim Mullen and Mark Nightingale. He has played in Europe and featured at many Jazz.

He is the sax player with the legendary BACK DOOR who are once again making waves on the scene.

Come along after a busy day for some relaxing early evening music Will Powell is on guitar Steve Crocker bass, Dom Moore drums and Martin Townshend sax and flute payf collection. Organised by Jazz Leeds.

Chill out with a drink or coffee after work for an hour’s jazz in Seven Bar on the third Wednesday of the month.