Screen Seven – All Is Lost with live soundtrack by Animat 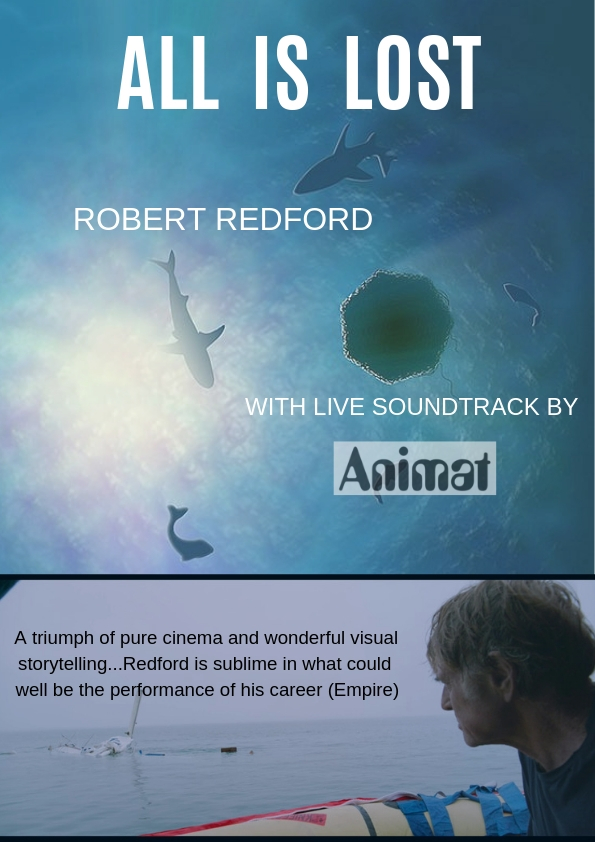 All Is Lost is a 2013 survival drama film written and directed by J. C. Chandor, starring Robert Redford as a man lost at sea. Redford is the only cast member and was nominated for a Golden Globe as well as winning the New York Film Critics Circle Award for Best Actor.

In the Indian Ocean, a man wakes to find water flooding his boat. He has collided with a wayward shipping container, ripping a hole in the hull. The boat’s navigational and communications systems have been damaged by saltwater. Then a tropical storm throws him overboard, capsizing the boat and destroying the remaining equipment. With the boat sinking, the man abandons ship in an inflatable life raft, salvaging whatever he can to survive…

Sheffield based cinematic soundtrackers Animat have composed and produced a new soundtrack which uses elements from the film’s sound effects track in combination with their trademark dub-infused ambient electronica.

A triumph of pure cinema and wonderful visual storytelling from Chandor, who must now be considered the real deal, while Redford is sublime in what could well be the performance of his career (Empire)