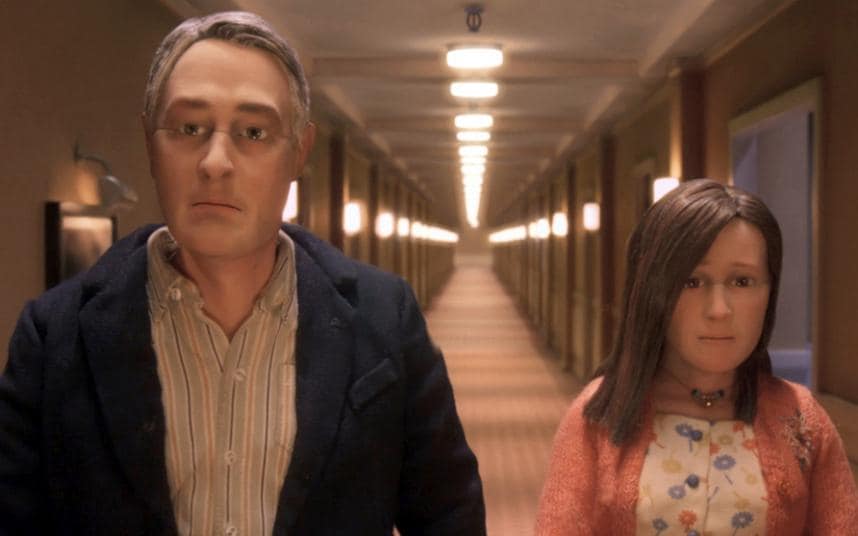 Every horror buff knows that dolls can be eerie, but Anomalisa suggests that perhaps they’re no eerier than people. The upsettingly brilliant new film from Charlie Kaufman stars an entire toy box’s worth of the things: it’s a stop-motion animation, and its characters are soft-skinned, bright-eyed mannequins, made of metal, rubber and glass.

Michael is the kind of character you find frequently enough in US fiction (in John Updike’s Rabbit books or in Richard Ford’s The Sportswriter) but relatively rarely in films, let alone animated ones. He may be an ex-pat Brit living in Los Angeles but he shares the disappointment and sense of ennui of the middle-aged protagonists in these novels. His marriage has turned sour. Everything seems boring and burdensome to him. When we see him arrive in Cincinnati airport, pulling his suitcase behind him, he looks like a condemned man, trudging to his execution.

The animation reinforces the sense that Michael is living in a world in which everyone looks and sounds the same. As he dreams in the film’s most surrealistic scene, they are automatons wearing detachable masks. Almost all of the supporting characters, male and female alike, are voiced by the same actor, Tom Noonan. This adds to the eeriness.