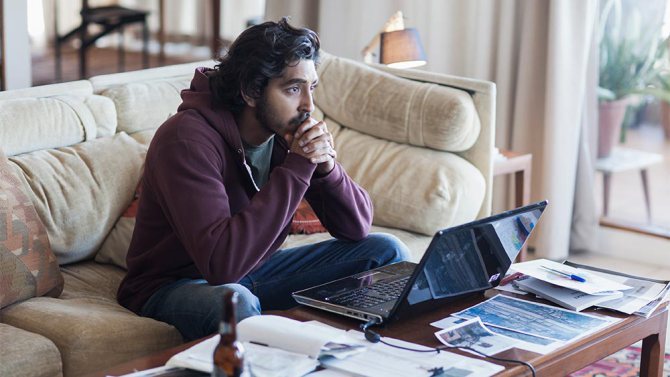 It tells the story of how, in 1986, Saroo, an illiterate, impoverished five-year-old in rural central India, got separated from his brother at a railway station in Burhanpur, and accidentally ended up alone on a train that took him almost a thousand miles to Kolkata (then called Calcutta).

Unable to speak Bengali, and unaware of the name of his home town, he had no way to return. He lived as a street urchin and survived on his wits and scraps of food. He was later taken in by an orphanage, and was eventually adopted by an Australian couple, Sue and John Brierley, who took him to start a new life in Tasmania.

In February 2012 he travelled there and found his biological mother, Fatima.