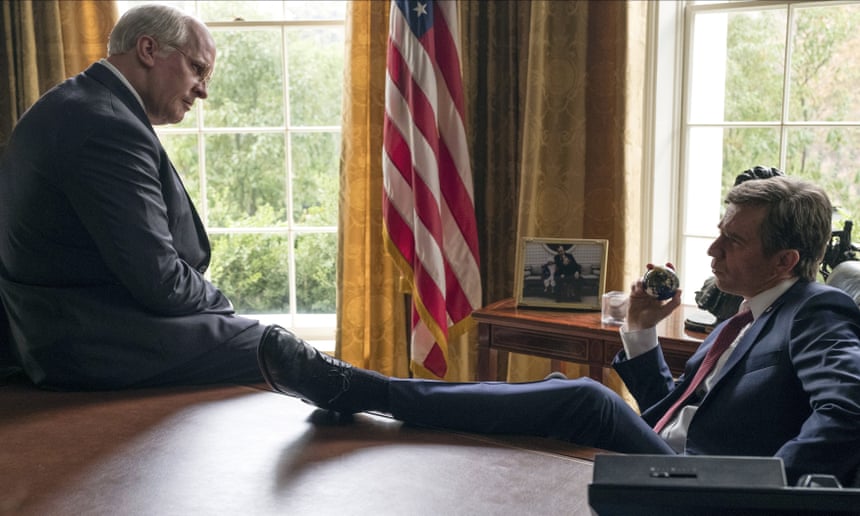 Vice explores the epic story about how a bureaucratic Washington insider quietly became the most powerful man in the world as Vice-President to George W. Bush, reshaping the country and the globe in ways that we still feel today.

Vice is a scorchingly audacious and dark tragicomedy about the man who, the film argues, became the most powerful and dangerous vice president in the history of the nation.

Trim Christian Bale brilliantly morphs into the frame of Dick Cheney in a nervy high-wire act of a film that relates, with merciless humor, the odyssey of a thoroughly unpromising young man who slowly but surely thrust greatness (in his own mind) upon himself by shrewdly playing his cards over several decades.