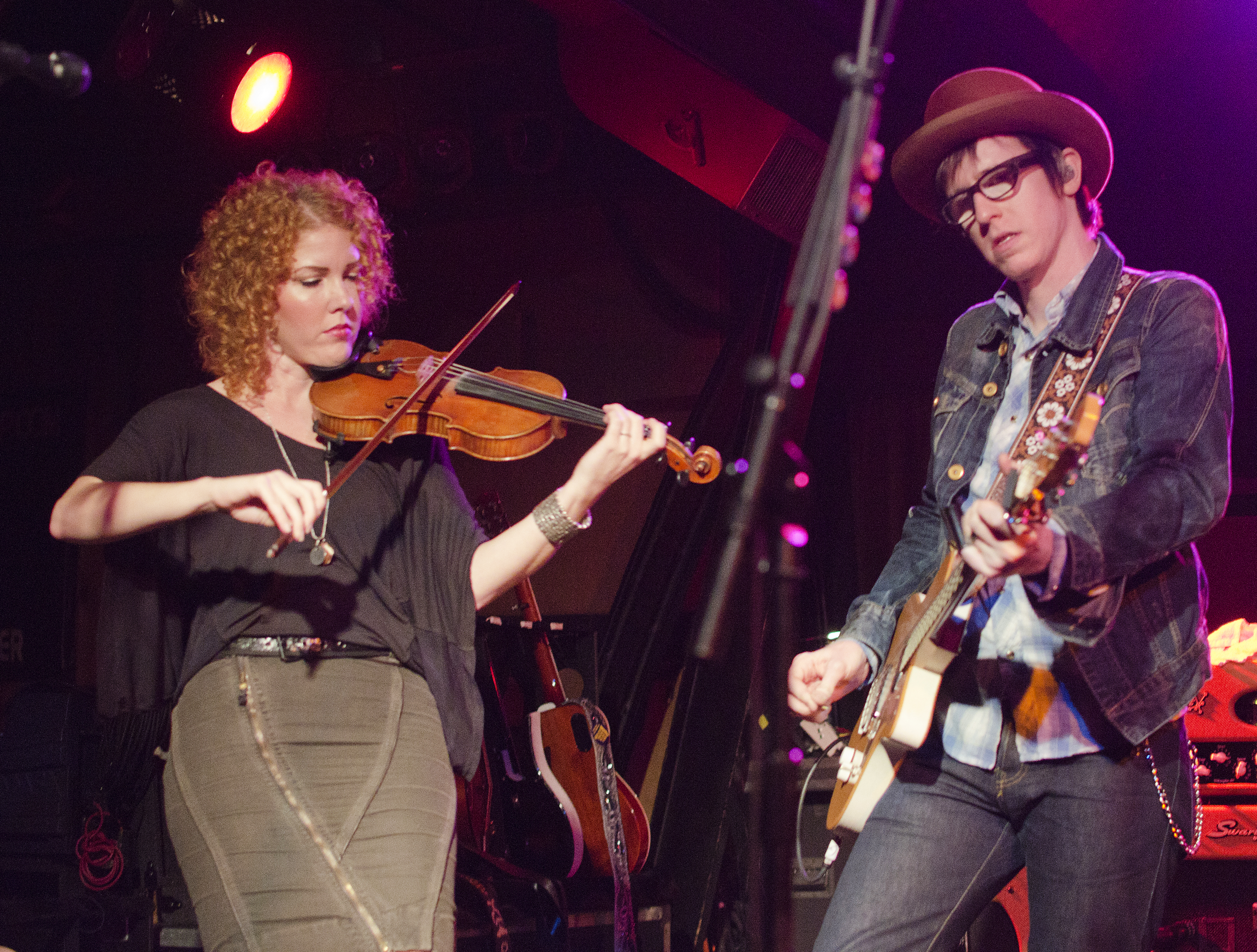 Austin-based alt-country duo The Mastersons are built around the husband-and-wife team of Chris Masterson (guitar and vocals) and Eleanor Whitmore (violin and vocals). Both Masterson and Whitmore were seasoned touring and recording musicians when they met at a festival in Colorado in 2005.

A personal and musical bond grew out of that meeting and they soon found themselves working together in Steve Earle’s band, the Dukes and Duchesses. Earle regularly featured the pair in his shows on tour and the critical and audience reaction they received led to a record deal with New West Records.

While Chris and Eleanor have learned a lot from Steve Earle, they themselves are an integral part of his band. It doesn’t hurt that Masterson and Whitmore pick as well as they sing; he shows subtle strength on a variety of guitars, and she’s a whiz on the fiddle. “Chris is the best guitar player that’s ever been in this band and Eleanor’s a better musician than any of us,” exclaims Earle.

The Mastersons’ debut album ‘Birds Fly South’ appeared in 2012 and featured the duo’s joyful but still dark alt-country vision paired with a rhythm section of George Reiff (bass) and Falcon Valdez (drums). In 2014, the Mastersons released their second album ‘Good Luck Charm’ produced by Jim Scott, the set featured stronger political themes as well as more personal material. A 3rd album ‘Transient Lullaby’ was recorded in July 2016 for release in 2017.

We’re lucky to get them here at Seven on a Saturday night – on this short trip, Leeds is their only show between Newcastle and Oxford.